Focused on fast-paced and close-range combat,
FRAKAS is a game where challengers fight
each other in a small arena.

The game is inspired by old arcade games
with Combo Points and Special moves.
Choose among 30 playable Challengers
and play online in Free-For-All and Team Modes. 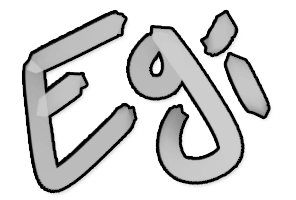 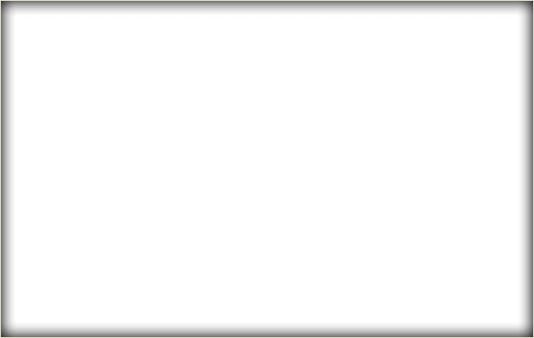 "Egi the bubbha monk is going on a Pilgrimage in all the Frakas galaxy.

Disagreeing with his congregation which is dedicated to bring knowledge by education, Egi wants to fight every Frakas challenger to prove that him and his brothers hold the truth about the meaning of life."

Nessalika is a forest spirit, half-bear half human.

She comes from a far-off planet unknown until the monk Egi arrived on Frakas to warn about its nature dying due to excessive mining. Nessalika was a devotee of the Teradecks and now fight to punish every other population letting the nature disappear.

Leo has a mission. Leo believes there’s good in all human beings and creatures of the world.

He also believes that for those who have buried their good under a little too much of corruption, he will be able to purify their hearts and souls. He was once called the Old Bright Traveller but it appears that since he found Frakas, his mission would take years to be fulfilled in these arenas and he had to settle for a while.

Sophie de la Fleur helped the Teradeck during the Great War, she was captain of the red army.

During this war, she lost her arm and was left for dead on the battlefield. She came back and discovered that the inhabitants of the galaxy were devoting themselves to arena fight.
Having no reason for being with the end of the war, she decided to sign in as a challenger to feed her spirit of woman of war.

Roakun was once a powerful dark sorcerer, but victim of his ambition and his experiments, he lost his body on a wrong pact.
His drastically reduced energy was gathered into a sword. The soul of the sorcerer was forever trapped in his sword.

With his remaining magic he controls an armor to forever fight in the Frakas arenas.

Kevin was a sweeper monk. In the monastery no one would pay attention to him..

However Kevin had developed complex combat techniques really delicate to apply. When he saw the disciple Egi living for the Sandkids arena, he decided to follow him to show the whole universe the power of his techniques!

Wrenchi comes from Strozka, a powerful and peaceful city which produces fuel oil and mineral coal.

She is a technician for the biggest company of the city. Her combat skills and her strong character lead her to be designated as the city champion; an icon appearing on boards to motivate the hard workers.

To establish her fame, the government of Strozka sent Wrenchi to the Frakas arenas with the order to win every fights.

Haby Higashi is a taekwondo professional in one of the biggest city of the galaxy : New Coast Town (NCT).

One day, during an epic fight to win the title of Champion of the galaxy, overwhelmed with rage, she killed her opponent. She was then struck off the Taekwondo world and saw in the Sandkids arena a way to prove her true value at combat and to achieve what she began by winning the respect and recognition of all inhabitants of the galaxy.

The sound of a deep horn emerges from beyond.

Kapteyn B is a complex crossing between a planet and a globe fish. He used to be big enough to travel in the galaxy but it seems that he deflated and the gravity of Frakas caught him. He landed in the arena and when the hits began to strike, the first surprised were the villagers living on top of him.

He is Roakun’s brother, contrary to him, he knew how to stop his quest of knowledge to be nowadays one of the rare masters of shadow manipulation.

He acquired such a level that he can manipulate people soul to make little paper ravens. That is the technique that gave him his name.

When he was younger he decided to follow another path than its cousin and became a Ninja!
During an intensive training in camouflage, he found himself stuck in a tree trunk where he was hidden.

Tired of trying to drag himself out of it, he chose to be one with its new prison and made himself known as the Tree Ninja!

Far from homeland and seeking for revenge, Xantho only lives for his obsession: find and destroy Roakun’s soul.

Xantho is an Aranian, a mysterious and peaceful civilization, living on rocky mountains into dark and abyssal caves, devoted to a secret cult of life and death.

This cult was particularly interesting for Roakun during his quest of power, therefore he traveled to their land to capture some Aranians so he could experiment directly on their mystical powers. Xantho managed to flee after Roakun lost his soul during dark manipulations and promised to avenge Aranians by destroying Roakun’s soul, definitely.

Frakas is a skill-based online fighting game, thus it is focused on dynamic close-range combat. If you like PvP brawlers, you’re at the right place!

We also like old arcade fighting games. We are aiming for a non-stop action gameplay, making you feel the harshness of the fight, in a game based only on skill and adapted to be seen from above, bringing different controls and always inspired by 2D classics.

What will we find in Frakas?

30 playable characters (at least 15 will be playable during the first release) and new ones will be added regularly.
In Frakas, the number of possible actions per challenger varies because each challenger must be played with different tactics, however they usually have three main attacks, a defense mechanism (dodge or block) and four special moves.
A special move is an attack triggered by more than a key pushed down: it requires you to move the mouse or the gamepad in a certain pattern (line, quarter circle).

Five players fight one another. The first to obtain 20 kills wins.

Hop-in Hop-off. Casual only. We are aiming for at least 20 simultaneous players.

With your team, slay a Big Mobile Monster before your opponents. Every X seconds the monster will target the most dangerous player; it can be in your team for a short time when defeated. You keep on being resurrected for a few times until you don't respawn anymore. First team with no players left loses.

Same thing as capture the flag, but there is only one flag, and you can carry only a small part of it. Also, the flag is a flan, you eat it to carry it and when you are fat, your moves are slower.

What about the Gameplay?

In Frakas, you use your keyboard to run and your mouse to aim. Click to hit in this direction! You can also use a gamepad. Protect yourself with the defensive move and crush your opponents with the ultimate skill. Grow your combo bar by punching enemies and spend combo points in devastating attacks. Follow your character from above, as in a classical MOBA (but everything is way too fast to be in a classical moba!).

Is Frakas a MOBA?

No. Frakas is a multiplayer online fighting game but not a classical MOBA as we acknowledge it. FRAKAS is a skill-based fighting game, it is focused on dynamic close-range combat. In Free-for-all, kill your opponents to win by using only your speed and dexterity. In Team modes, strategy and synergy are also important to defeat your enemies.

No! Frakas rewards your talent. Some successes will be rewarded with skins for your characters. You will also be able to share or unlock graphical content inside the Steam community market.

When will Frakas be released?

Frakas is already in closed Alpha. We are planning a closed Beta during the first months of 2017 and you can subscribe right now! Depending on how well the funding campaign works, the final release should be out the second semester of 2017.
You can follow the devblog and our facebook. Get updates on twitter. You can also see our artworks on Artstation and our 3d models on sketchfab.